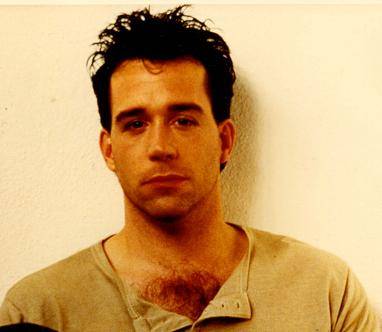 When I asked Tom Hulce for an interview, he politely declined.

“I’m not even doing one for The New York Times,” he said, to which I countered only half-jokingly, “But I’m better than The Times.”

He stared at me, intrigued for a moment, then said, “All right. Leave me your phone number.”

Part of the reason why he took a chance on me is because he does not believe in being a follower. Instead of doing what he is told is right for him by other people, he chooses to live his life at his own pace and pick the movies and plays that he will act in under his own guidelines. So in preparation for a particular part, Hulce will consider all the possibilities in order to play the character that much better.

"I just try to give myself every shot to be good, and to be as located in the story as I can be. The most potent thing you have is your imagination. All the other stuff hopefully just serves to wake your imagination up. But I don't think it's necessary to do research to do something well. There are just all kinds of things that you just find out along the way that you don't expect, and they become little scenes of moments, or specific details in a part. Maybe without even knowing it."

Hulce gravitates towards projects like the upcoming The Projectionist, a film he will shoot in Russia, and is careful about the type of work that he will undertake. He will never grab the first roles that are thrust before him. It is this factor that raises eyebrows when it comes to the less-commercial choices that he often makes.

"It's a movie that spans the last twelve years of Stalin's reign, and it's made by Andrei Konchalovsky. His father knew Stalin, so there's a lot of inside information. Stalin was a movie fanatic, and I play just a very common man who gets hired to be Stalin's projectionist.

"It's rare that I find the thing that I want, or the thing that pleases me. So when I see it, I know it. I have trouble when my system of values is not particularly in the mainstream, but my stomach usually keeps me honest to myself.

"And then I'm still offered a huge amount of money to do a piece of work that I feel won't develop." Hulce mimics the usual line that is given to him in these circumstances. "They say, 'Well, couldn't you just do this, and take the money? And do something good with the money?' I figure that just makes you the higher-priced spread."

So how does Tom Hulce make his choices, and what are the qualities that he looks for in a project? The answer is, simply, good writing.

"I can't write, and I'm very in awe of people who can and are able to construct an exquisite sentence. Peter Shaffer can do that. He can make sentences that if you absolutely have no desire to act, and you are just tired and sick of yourself, those sentences inspire you. They will seduce you into wanting to say them. That's a pretty amazing thing, and they're glorious to hear.

"It's taken me a long time to really realize that what I responded to as an actor was the order that the words tumbled out on the page. So it's tricky because you can have a good story, but the writing itself could be mediocre. And you can have very good writing, but the story can be not great."

But good writing is just the beginning of the making of a good film, and situations can arise that frustrate many actors who just want to do good work. Hulce recalls a specific made-for-television film that he was Emmy-nominated for.

"Murder In Mississippi was in spirit factual, and in specific, not factual at all. Mickey Schwerner made some really inspiring speeches, and was less naive, I think, than I had to play him in the story we told. But in the interest of telling a good story, so there's a journey to be had, Mickey became more naive and James Chaney became more militant. Which I think is fair in the interest of the story, but it was very frustrating to find out how rich what really happened was.

"There was a fear from the producers' side that if the characters spoke too militantly about what they thought people's rights were, the television audience might feel that they deserved to be killed! So I'm in this situation of playing this part and arguing with folks because they're saying, 'We're afraid that...’ I mean, their sentences start ‘We're afraid that...'! And I'm saying, 'Let's dare them not to like us!'

"So you try to make it more than just playing your part the best you can. You try and put your energy towards the story itself. Plus, you feel a responsibility to that person. To the person who lived, and was extraordinary."

When a finished project is ready to be shown, Hulce can get a little uneasy about the circumstances in which he views his work for the first time.

"But it's very unnatural to go and see yourself with a group of people. If you're sitting in an audience in a movie theater with a few hundred people, that feels very, very peculiar. It feels like watching yourself make love. It's weird." He laughs heartily, "I guess some actors like that, but not this one!"

Never limiting himself to just film and television projects, Tom Hulce's current engagement before heading to Russia is starring in the Broadway hit A Few Good Men. He tries to return to the stage as often as he can.

"If I've been away for a long time, it gets really frightening to step onstage again. I don't know what it is. I did something a couple of years ago, and I hadn't worked in a theater in more than a year, and it terrified me! So, I figure I’ll do something at least once a year."

His off-beat philosophies are not anything recently developed, since Hulce states that he has always gone against the grain. Even as a teen, while the other kids were interested in pursuing the American Dream, he followed his own dreams.

"I feel like if you invent your own rules, you're always better off than if you play by other people's. When I was fifteen, I decided I wanted to be an actor. I was an academic overachiever up until about the seventh grade, and then I started to do really badly. So I think there was some relief that there was something that I wanted to do at all.

"My dad gave me a really hard time about going to acting school and not getting a general college education, but I just didn't believe in the pyramid theory of education. That you build a broad base, and specialize as you go along till you get to the thing that you want to do. It didn't interest me, so what I did was I turned the pyramid upside down. I started at the most specific point, and educated myself through that. And the amount of history, literature, and art that I've learned in the pursuit and preparation of work has been major. So it goes against the way our educational system is built, but it was what was right for me."

It is this "my way" attitude that makes Hulce such a comfortable person to be around. His relaxed manner attracts many more people than the ones who are put off by his reluctance to get involved with their low-quality projects. If there was an award for successfully marching to the beat of your own drummer, the winner would surely be Tom Hulce. AAA

Watched Amadeus last night from1984.
Guess i have a thing for Mozart and Sagittarius men...