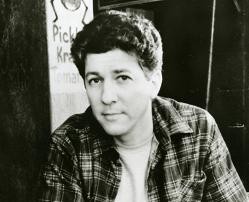 Peter Riegert has a delightful attitude about his work and life. But depending upon your attitude, there are two ways to see him. If you're like most decent people, then you will find him to be a refreshing change from many of the fickle and phony individuals that we all deal with everyday. But if you're one of those phonies, then you won't be able to handle his biting honesty, which his critics have called a "smart aleck” manner. To Riegert's credit, he takes these cheap shots all in stride.

"I don't know what the hell they're talking about! They obviously haven't seen everything that I've done. But even if that's majority opinion, I can't worry about it. If I stop to think about any kind of impact I had, I couldn't work. I work to satisfy myself, and I hope along the way that other people are satisfied. I don't mean in terms of whether I'm funny or moving or whatever. I just mean in terms of being satisfied with the way I'm working.

"Everything else is ultimately never enough, or too much. It's never right where it should be. The praise is usually never great enough, and the criticism is always too great. So my feeling is that I try to be a part of, and maintain, an experience in which everybody is giving as good as getting. Then I can work and feel I'm part of something that has some life to it. The results will be whatever they'll be."

The results of Riegert's work so far have not only been of top quality, but also memorable. Every woman who saw him as Sam in the film Crossing Delancey can recall leaving the theater ready to marry "that cute pickle guy," and every teenager who saw the box-office smash Animal House remembers rushing home to imitate his sunglasses-wearing, "Shout!"-singing Boon in their bathroom mirrors.

Not only does he act in films and on television, but Peter Riegert also tackles the stage. He is currently receiving rave reviews in the Off-Broadway double-bill production of Harold Pinter's Mountain Language and The Birthday Party. It is a juggling act that many of his contemporaries find to be more difficult than he does.

"The real difference is in the amount of time you have to prepare. In a play, you have a rehearsal period, and movies are filmed rehearsals. Much is made of the difference, but it's nothing you couldn't learn in one experience. If you've done plays, and then you get to do a movie, 90 percent of what it is to make a movie is learned in that one experience. That extra 10 percent is the difference between being average and being good."

Riegert, who is far beyond "average,” can also look at the difficulties of a play in a positive light. “They're hard to do, but anything good is hard to do. I just think people make too much of it. They try to make it into this mythological, problematic thing, but it's pretty basic.

"That's the problem with most of the things I see. It's like such a huge event! And I go, and it's like, 'Well, what is it?' But in terms of how you work, you work. What else can you do? If it means something to you, if it's of great passion to you, then the battles are worth it.

"I care greatly about what I do. But life, as difficult as it is, doesn't have to be a misery. If you assume the problems as those that come with the territory you're involved in, do the best you can. Someone is not going to like it anyway. You can't please everybody, right? So I figure, I'll just get in trouble doing what I like to do and hope that I have the sensitivity to learn from other people. Take chances, and be risky in the choices that I make, so that they mean something.

''You have to go about the things that you have feeling for in a way that gives you satisfaction. I don't think it's a good idea to wait for the assumption that everybody's going to like what you do. Most probably won't, but that's okay. I don't like everything either. So if it's true for me, why not true for everybody else?"

When Peter Riegert is on a stage or a screen, however, most people do like it. It is his ability to make his characters react to their situations in the most unpredictable ways that keeps an audience second-guessing his next move.

"My wish in all the work I do is to do the work, and get beyond the technical stuff, so that people can see somebody else. As an audience member, I am not interested in watching how hard it is to act. I want to get into the story. So if I'm laboring over the work that somebody is doing, they are preventing me from getting into the story.

"That's the trick. It's what's called a bedside manner for a doctor. I assume a doctor does something,” Riegert laughs at his analogy. "I sure hope so! I pay them a lot of money when I'm not well. But I don't want to see the fifteen, sixteen years that they've studied medicine to give me health, and I don't want to see it in an actor. I don't want to see all their training. That's what they went to training for! To make it disappear.

"It's tough, and not everything that I do succeeds. I think that the interesting thing is to see people whose work you like under the worst of circumstances as well as the best of circumstances because that's the real test of somebody's ability. When everything is great-- great! But it's not always like that. You just keep working, challenge yourself more, and hope for the best. A lot of the things that I've done I'm very happy with, so I just keep going."

If you wonder where Riegert gets all of his optimism from, he cites his parents as his first influence on his work, and more importantly, on his life in general.

“Whatever it is that they gave me, however it is that they sent me on this journey, I've always been interested in lots of things, and I just happen to have a very active imagination. I think that's very important in terms of being alive, regardless of whether you're a creative person. The more imagination and sense of humor you have, I think you can probably make the day more interesting. It's part of how you survive out there." AAA

By accepting you will be accessing a service provided by a third-party external to https://allaboutactors.com/